My research interests cover a wide range of topics in the areas of ocean optics, optical remote sensing of the ocean, and applications of optical methods in oceanography. Example topics  include the optical properties of marine particles, estimation of organic carbon pools and phytoplankton diversity from ocean color remote sensing, wave-focusing of sunlight in the ocean, and advances in measurement methodologies for characterizing the optical properties and size of particles. I joined the Scripps faculty and founded the Ocean Optics Research Lab in 1997. Please see my Scripps research profile for more information. 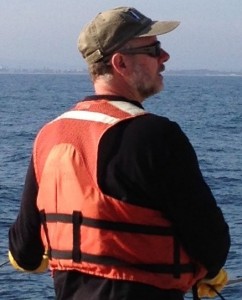 An ecologist by training, I am interested in understanding the propagation and utilization of light in aquatic ecosystems as it influences several biological and biogeochemical processes. I am particularly interested in the development and application of optical tools to address ecological questions encompassing a broad range of spatial and temporal scales. I invite you to visit my Scripps research profile for more information. 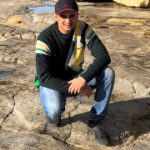 I received B.E. in Aeronautical Engineering in 2009 and M.Tech. in Earth System Science and Technology in 2011 from Indian Institute of Technology-Kharagpur (India). As a recipient of the German Academic Excellence Award (DAAD), I worked on remote sensing of greenhouse gases using an extended range atmospherically emitted radiance interferometer (E-AERI) at IMK-IFU (Karlsruhe Institute of Technology, Germany). I earned a Ph.D. from Louisiana State University in 2017 where my research was focused on investigating estuarine water quality and dynamics in the northern Gulf of Mexico using field and satellite observations. I am interested in exploring new ideas to study role of particulate and dissolved organic matter in a variety of waters using remote sensing and data mining techniques. 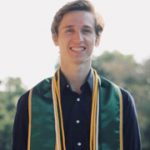 In spring of 2019, I graduated from California Polytechnic State University, San Luis Obispo (Cal Poly) earning a B.S. in physics and a minor in astronomy. My undergraduate coursework has led me into the field of Oceanography where I plan to study Ocean Optics. I aim to utilize my skills in modelling, experimentation, and rigorous physics background to accomplish novel research throughout my graduate school career. My current research goals focus on further studying and developing satellite models to evaluate optical properties of the ocean, and to utilize various optical techniques to better understand the composition of our oceans. 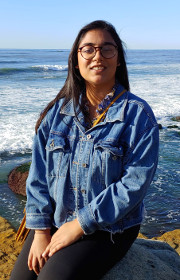 As a student researcher with the Aquatic Optics group at the Canada Center for Inland Waters, I discovered an interest in satellite and optical oceanography while using remote sensing techniques to identify harmful algal blooms, their spatial extent and severity, and while investigating optical properties of water in various Canadian lakes. I also have a keen interest in modelling, algorithm development, and data science as a result of my undergraduate experiences. My current research focuses on developing a remote sensing algorithm to help determine phytoplankton community composition in Arctic waters. Outside of research, I enjoy yoga, exploring the city, and crocheting.